The Future of Freelancing, Part 2

One small step for man, one giant leap for mankind.

Was the moon landing staged?

I don’t know. But I do know Matt Wildbore of Mattix Design is an example of the moon landing for the freelance economy.

The Future of the Freelance Economy

There’s no going back. As we discussed in the Impact of Covid, the world’s most talented individuals will work for themselves. And the world’s leading companies will turn to freelancers.

BUT there’s a problem with the current freelance economy. Individual freelancers aren’t enough.

Microsoft recently released Stuck in the middle with you: The transaction costs of corporate employees hiring freelancers.

In the report, they highlight how hard it is to work with a freelancer. Just think about it. If you’re a client, do you want to create a job description? Then shortlist? Then manage?

Hell no. You have an outcome. You have a deadline. And in this post Covid world, you have a shoestring budget.

Which is where Matt comes in.

Seeing the Future in Real Time

What’s the difference between an agency and a freelancer?

I know that’s a gross generalization. But to get past the “no one ever gets fired for hiring Accenture” stage these are the stakes.

Which was exactly the situation Matt Wildbore was in when The University of Hull (UoH) needed a range of creative services for various departments needing a broad scope of work that included branding, graphic design, motion design, photography, web design and web development.

In traditional employment this scope would be far beyond an individual employee. It would be a director, or a VP with budget and headcount.

The agency says yes, does the heavy lifting, and no one ever gets fired for hiring Accenture.

Matt has a secret.

He isn’t just another generic Matt, he’s the Director of Mattix Design – an agency specializing in brand design, website design and UI (user interface) design that makes your business stand out from the rest (I copied that last part from LinkedIn).

From a client perspective, this means he can:

How does he do this?

A common analogy is the Hollywood Model.

Or as he told me, “the beauty of this approach for both myself, as the business owner, and for the client, is that the required talent is only brought onto the project as and when they are needed, so Mattix is able to keep its overheads low, while offering the client greater value – only spending their budget on the work that is actually being done for them – not wasted on other employees that aren’t working on their project.”

A couple major differences from the clients view:

Freelancers are hyper-specialized experts, and the freelance model inherently gets rid of training wheels. Hyper-specialization does NOT mean they’re good at one thing, but rather they have a defined outcome with relevant experience. For example, instead of being “a designer with 5 years of experience”, they can “design a tech focused whitepaper in three weeks for $5,000”.

For anyone that’s gone to Krispy Kreme around closing time, there’s a 99% chance your donut is cold.

Like the donut, if going through an agency the person doing the work won’t mind if your donut is cold.

Why would the person doing the work let your donut go cold? Why wouldn’t they…The days of being a lifer and climbing the corporate ladder are gone. In its place are doing your two years and getting the hell out. Which as a client, means the person doing the work cares about how to make the donut (or in this case learning the ropes), but not necessarily your exact donut.

On the contrary, freelancers do care about your donut.

I grew up in New England where the weather changes by the minute. You go to school in a jacket and mittens, then walk home in a t-shirt and shorts.

As a client, today I need three developers, tomorrow I need two graphic designers, and instead of “owning” these resources, I need to tap into them lock in step with customer demand.

As a freelancer, you need to go beyond one skill to own the range of outcomes your client needs.

The technical term is scalability. You need to scale the resources required to drive outcomes quickly.

And oh yeah, the results! Since mid-2019, Mattix has worked on over 10 projects with the University, directly driving value in funding bids, public support, and student engagement.

But deeper than any metric, the University’s Marketing Manager described Mattix as “fresh, unique, and exactly what we needed”.

We’re Only As Good As Our Network

But the wave of change isn’t. The most talented individuals in the world will work for themselves.

They’ll make more. They’ll control where and when they work. And they’ll deliver insane outcomes.

Or check out his interview:

Want to be part of Venture L? 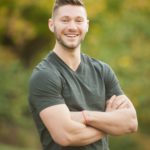 CEO of Venture L, Author of The Human Cloud

Matthew R Mottola is a global leader on the Human Cloud - the transition from physical and full time work to digital, remote, independent models.

At Microsoft, in joint partnership with Upwork, he built the Microsoft 365 freelance toolkit - the unlock for enterprises to embrace the human cloud at scale - bringing Microsoft from nascent to an industry leader in under two years.

At Gigster, he built Ideation - enabling freelance developers, data scientists, and product managers to consistently generate what should be built in the software development lifecycle.

His work has been featured by Forbes and Fortune to name a few. He is an international keynote speaker, speaking at leading conferences Remote Work Summit and YPO’s Innovation Week to name a few. He is the author of StartUp Not StartDown, upcoming book The Human Cloud, and contributor to leading industry reports.